Following on from my twisty theme of the unpredictable today I was in Marlow for a wedding fair at The Compleat Angler. Thank you to those that came along to see me and the other suppliers and it was good to discuss your wedding day plans.

I went for a stroll with a new compact camera I have to do some test shots in low light hotel situations. Because of it’s size it will be a great camera for candids in amongst wedding guests. However, more of that to follow in future posts.

There I was loitering outside and I could see some commotion going on and a lady in a track suit with Sochi 2014 written on it. It was Katherine Grainger, one of our rowing Olympians no less.  It all soon became clear what was going on when I saw a man carrying a flame in a miners lamp, taking an unlit winter Olympic torch from her, going inside and lighting the torch. Katherine soon appeared with the torch alight and headed to the river to pass the flame to fellow rower and paralympian Naomi Riches! This is part of the flames journey in preparation for the Sochi Paralympics and the flame will now be heading to Russia for the next stage.

So here it is, certainly a picture I would never have thought I would’ve taken today! 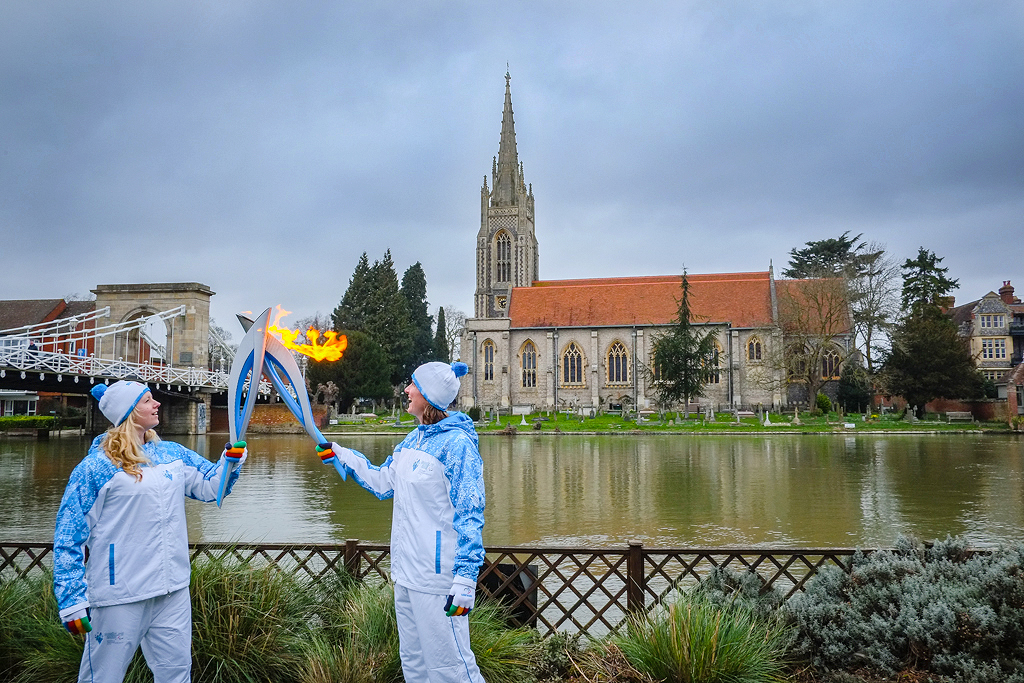 Many thanks to the media and press photographers there for allowing me to take this image.